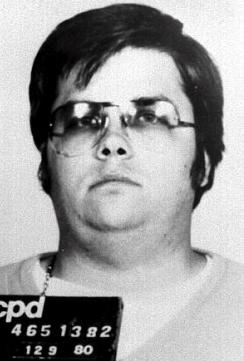 A NOT SO FUNNY THING HAPPENED

(WHILE LOOKING INTO THE MURDER OF AN EX- BEATLE)


Today is January 1st, 2014. I have entered into an agreement with Gary Revel and Jongleur Music Pictures to become an investigative journalist associated with the investigation into the assassination of John Lennon. 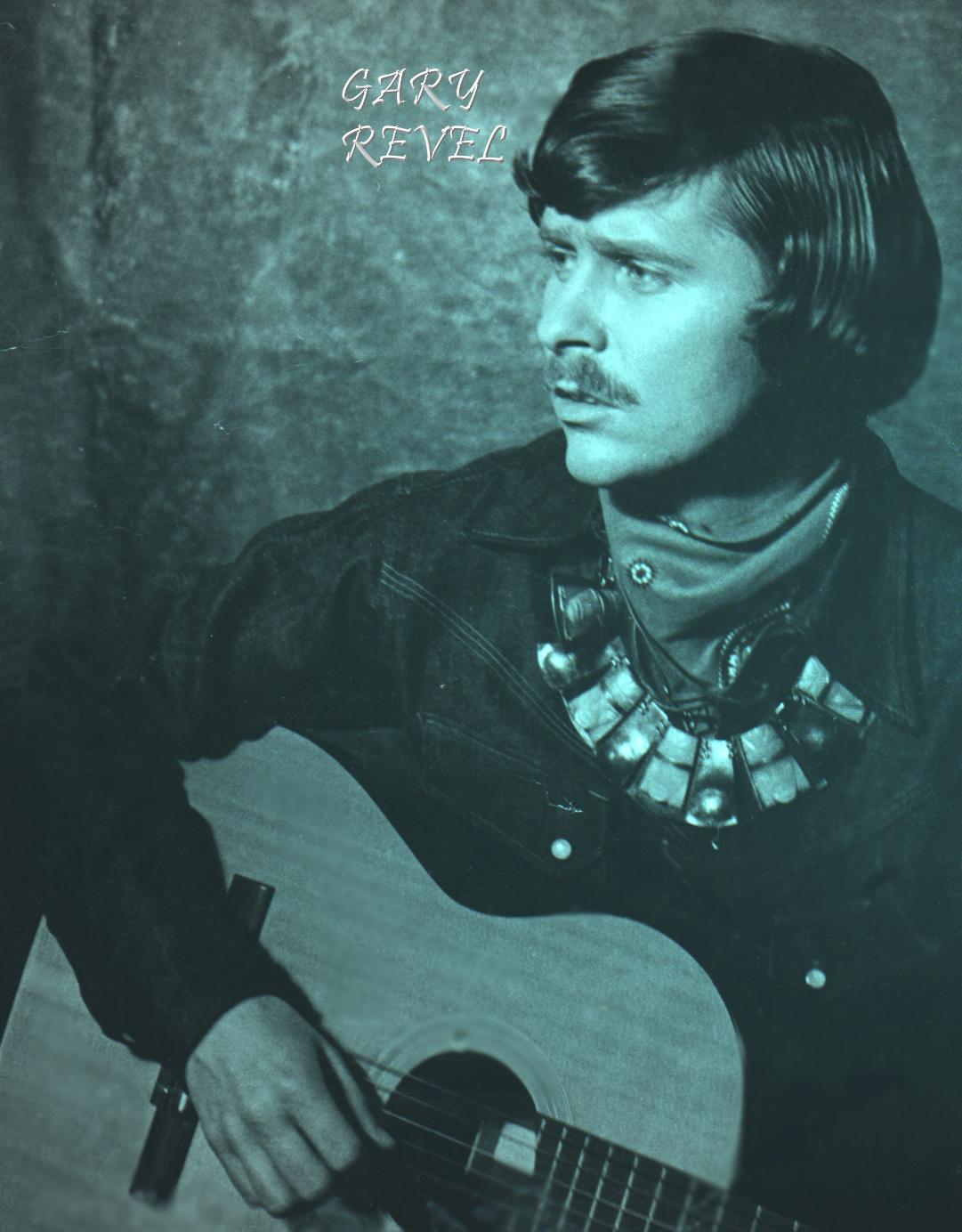 This effort is related to Gary's 'Dream Killers' television and film developments that include his probes into the assassinations of JFK, MLK and RFK. In those 3 cases Gary found that the 'Lone Gunman Theory' did not hold together in the light of a thorough investigation bound in common sense. He is not convinced the Lennon assassination is so easily divested of it's 'Lone Gunman Assassin' history. This is where I come in. I have an intense desire to get to the bottom of the case, as does Gary, and also some historical and personal experience with the case that Gary does not.

We begin with an understanding that John Lennon was a counter-cultural revolutionary, and governments in general pay very close attention to folks like that; especially those who collect millions of fans.

Sean Lennon said of his father’s death. “He was dangerous to the government… These pacifist revolutionaries are historically killed by the government, and anybody who thinks that Mark Chapman was just some crazy guy who killed my dad for his personal interests is insane, I think, or very naive, or hasn’t thought about it clearly. It was in the best interests of the United States to have my dad killed, definitely." From: Rebecca Mead, “Department of Legacies”, The New Yorker, 20 April, 1998.

The murder of John Lennon was a sickening waste, and the act stole everything from the gift of music John had yet to write and record, to his peace advocacy, to his roles as husband and father. I never really could be very angry at the one man who was said to have pulled the trigger, simply because he seemed too twisted to merit anything other than pity. I accepted the account of Lennon's death at face value, as I had no reason to suspect otherwise.

When I read the above quote from John Lennon's son Sean, I decided to delve into the matter, not expecting to find much. What I did find was that as in the murders of Martin Luther King and the Kennedy Brothers, everything from ballistics to the history of the alleged assassin did not add up. There was motive, means and opportunity for powerful forces to have someone that was effectively standing against war and the continuation of social injustice eliminated.

Lennon and his wife Yoko Ono were the subject of surveillance efforts that were staggering. This stemmed largely from his efforts to end the Vietnam War and also due to his opposition of the Nixon administration. Had the Beatles ever reunited, Lennon would have front page access for nearly any views he would want to have expressed. For good or bad, propaganda is a major weapon in any war, and the publicity Lennon could potentially garner was immense. One need only look back to the headaches he gave during the late sixties and early seventies to begin to comprehend.

Lennon and his wife had settled into a more quiet life away from the public eye in the years leading up to his murder. They were set to fly to San Francisco and campaign for a worker’s strike against unfair wages, so he was coming out of his slumber. The Carter administration which had enabled Lennon to obtain his Green Card and ward off deportation efforts were on their way out. Reagan/Bush were coming in, and Bush was a member of the Nixon White House. Bush witnessed a house-cleaning of the Agency which saw many agents fired. It is said that this was a roundabout way to answer agents who had some part in the murders of JFK, MLK, AND RFK, which Carter’s administration investigated through the House Select Committee on Assassinations (which found “probable conspiracy” in the deaths of JFK and MLK: the only 2 murders they were authorized by the government to investigate).

Mark David Chapman did not fit the type of loner-Beatles fan that we had been led to believe he was. He had owned only one Beatles record, and he had many girlfriends and friends. He traveled all over the world in conjunction with the YMCA, and had a position lined up with them that would have given him a nice future. In interviews I researched and read, it startled me that no one would say much against him, and in fact he seemed to have been well liked. Chapman did have a history of severe depression, and some drug usage back from his teen years. None of his behaviors though warned people off of him, or caused a spurning a disturbed person might warrant.

Nothing seemed so amiss that we would beckon for a deeper investigation to this point. That is when I learned that the doorman on duty at the Dakota the night Lennon was killed is said to be a former high ranking Cuban exile. Further, this exile was purportedly running with Watergate burglar Frank Sturgis. Sturgis was a suspect in the Kennedy assassination, and in his own mouth said that he was questioned by officials concerning it within days of the murder. The doorman would be the only real eyewitness there when Lennon was shot and killed.

Then I learned that Officer Stephen Spiro was concerned about bullet holes in the glass of the door that Lennon stumbled through when mortally wounded. Three holes are apparent, which creates a problem. The five shot revolver was loaded with hollow point bullets designed not to pass through a target. Lennon was hit four times, which leaves only one stray bullet. Since Lennon’s autopsy is sealed, we cannot learn if shots passed through his body to strike the window in the door. Further, if they did pass through Lennon, were they fired from Chapman’s gun or another weapon?

Chapman flew from New York to Georgia to pick up bullets from a friend who was a law enforcement officer, described as a “Rambo-type”. This person was never seriously quizzed on why a trained officer would give ammunition to a man who is said to have been visibly deeply disturbed by official accounts. Then again New York City in 1980 would not have been a hard place for anyone to procure bullets if they desired to do so illegally. All you would need to do is stroll down Times Square and all sort of illicit offers were sadly bound to be made.

As Lennon lay slain, Chapman opened the novel “The Catcher in the Rye” and began to read. He did not flee to Central Park to hide, or jump on the nearby subway. He simply waited for arrest, and then pleaded guilty. This plea eliminated the publicity he wanted so badly he would murder for it.

NYPD Officer Arthur O’Connor actually went on record in an interview with Fenton Bresler stating that: “I studied him intensely. He looked as if he could have been programmed-and I know what you are going to make of that word.” (“Who Killed John Lennon” by Fenton Bresler, pg 17 -1989 St Martins Press NY).

On December 8th, 1980 at about 10:50 PM Lennon and Yoko arrived home from a recording session. Yoko left the limo ahead of John. As he walked toward the door of his apartment building in Manhattan, New York he was shot as least 4 timers in the back. In that moment his voice was forever silenced and his dreams of a peaceful world for himself, his family, fans and others died as well. I submit that the circumstances have never been properly investigated, as the assassin pleaded guilty, which shut down all inquiry. So... Gary Revel and I will take another look at the case, a serious look at the players involved, the events that led up to that night and the history that has followed.

Due to recent exposures of the vastness of Intelligence Agencies working to micromanage communications of everyday citizens in this country and others around the world; ultimately putting us all under the microscope of 'Orwellian World' controls, we must look back with a new historical perspective at this assassination and related matters.

More on John Lennon:
Want to be a Hero? New Questions About the John Lennon Assassination from Gary Revel