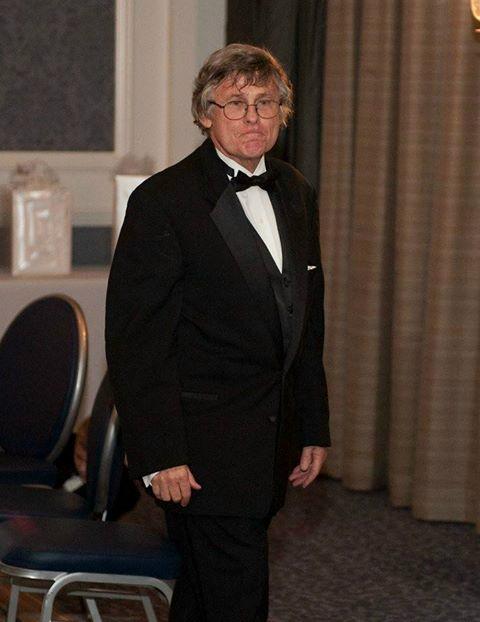 As interest in the assassination of Martin Luther King Jr. continues to surge new questions arise in the investigation. Former CIA Case Officer Leutrell Osborne has learned that James Earl Ray may have become a made member of the Mafia in New Orleans Louisiana in 1968 some time before Kings murder. Further James Earl Ray identified one of the 3 tramps photographed in Dealy Plaza on November 22, 1963 as Raoul. Special Investigator Gary Revel said, "During my investigation in 1977 James Earl Ray also told me he met with 4 Raoul-types on April 4, 1968 at another Jim's bar in Memphis, before he went to Jim's Bar and Grill where he again met with one of the Raouls-E. Howard Hunt."

Investigator Gary Revel further pointed out that the artist drawing of a man who came out of the bathroom from where the MLK death shot officially came from looks more like Hunt than James Earl Ray and that several people place Ray sitting in his car on the street at the time he was supposed to be locked in that bathroom preparing to kill King. If E. Howard Hunt was in Memphis on April 4, 1968 and also in Dallas on November 22, 1963, Leutrell Osborne is now asking the question, "Why was he there?" If it is true, as James Earl Ray vowed, that Hunt was among those with Raoul in Memphis and according to Ray, they were planning to meet with individuals who wanted to buy weapons then what does the CIA know about Hunt's assignment on that day. If Hunt was a member of that group then there should be a document in the CIA that would prove it and if he wasn't, then where was he on April 4, 1968?

E. Howard Hunt was identified as being in Dallas on the day of JFK's murder and went to court to prove he wasn't. In a court of law and on the witness stand being questioned by attorney Mark Lane he failed to convince a jury that he wasn't in Dallas on that day. The CIA has not offered any documentation to prove the whereabouts of E. Howard Hunt on either day even after all these years.

Six FBI agents and two members of Revel's family were killed or died in unusual circumstances while Gary was investigating the MLK assassination in 977. That and other related events led Gary to ask the US Justice Department to investigate further in 1999; Revel says that the DOJ reported back to him that the events were coincidental.

It may be that it is coincidental that Hunt was in Dallas, Memphis and then a member of a Special Operation ran by the President of the United States of America to break into the Watergate building. If Hunt was on an assignment as an agent who worked directly for President Nixon in 1972 then he may have been working in a similar capacity at the same level in 1968 and may have more to do with the assassination of MLK than previously believed.

If we find that the US Government truly found that MLK was a threat to our national security and indeed acted in the country's best interest by killing him then it is time that the US Government stands up and says so. If on the other hand James Earl Ray was a master criminal who single handedly outsmarted the Memphis Police, FBI, CIA and the Military Intelligence by being right there among them on April 4, 1968 and with one masterful shot killed King then let's see the proof. To this day there still isn't proof that Ray's gun is even the murder weapon. He still hasn't been placed in the bathroom at the time of the shooting and the claim that he was a racist has been disproven time and again. After almost 50 years the question lingers. If the official US Government finding is true that James Earl Ray shot and killed Martin Luther King Jr. then why can't they provide the proof?

New information is coming in every day that adds to the probability that government officials conspired with organized crime in the assassinations of JFK, MLK and RFK and then the continuing cover-up. It is somewhat of a mystery why the Inspector Generals of the FBI and the DOJ haven't themselves launched there own investigation into the obvious disregard for justice within the ranks of these federal institutions.


Bike Grip Board
The lies and deceit in this phone conversation between 2 supposedly 'honorable men' are overwhelming. President Lyndon B. Johnson and FBI Director-J. Edgar Hoover conspire to keep the world in the dark as they have an ego pumping session shortly after JFK's killing. CLICK HERE to hear the entire, disturbing, and incredible private conversation. If the link doesn't work you can copy and paste this URL into your Web Browser address box. https://garyrevel.com/jfk/lbjjedgarhooverconspires.html Note: Some of the details of the assassinations of MLK/JFK/RFK, John Lennon and the attempted assassination of President Ronald Reagan that are not here are found in the screenplays, MLK, JFK: The Real Story, Red Polka Dot Dress, King of the LIttle People and another being written now about the attempted assassination of President Ronald Reagan.
MLK Assassination Investigation Links

3 Tramps in Dealy Plaza: What are they to JFK killing
Adam Gorightly Interview by Investigative Journalist Bob Wilson
Abraham Bolden-Book Review-Echo From Dealey Plaza
Anti-Castro Cuban exile, Antonio Veciana met with CIA Handler and Oswald
Badgeman: Do you see him and did he kill JFK?
Beverly Oliver Interview-Eyes Wide Shut
Christopher Dodd and the MLK/JFK Assassinations
Bob Wilson Interview with Mort Sahl
Carlos Marcello's Hideout in Swamp by Gary Revel
Chief Curry, the FBI and Assassination of JFK
Conspired to Kill: Opinion by Gary Revel
Deep Throat Surfaces - Watergate and Assassinations
Was Demohrenschildt CIA and Part of JFK Assassination Team?
Download PDF of the CIA's FAMILY JEWELS - FREE
Gary Revel interview on guilt/innocence of Lee Harvey Oswald
Interview of Joseph Mcbride
Interview of Joan Mellen
Into the Nightmare-Mcbride Book Review
Gayle Nix Interview-JFK Assassination
JFK and RFK: The Plots that Killed Them, The Patsies that Didn�t by James Fetzer
JFK: Antonio Veciana and Lee Harvey Oswald and the CIA
JFK: Antonio Veciana's book, 'Trained to Kill' more evidence of CIA involvement of JFK assassination.
JFK Assassination Bullet Fragment Analysis Proves Second Shooter
JFK Assassination Film
by Orville Nix with interview where he says the shot came
from the fence not the Texas Book Depository.
JFK Assassination Invetigation Continues
JFK: In The Light of Day by Gary Revel
JFK: In The Light of Day Update by Gary Revel
JFK: Robert Kennedy-Rollingstone Article
JFK: The Real Story-Movie Project
JFK: Through the Looking Glass Darkly
JFK: Why and How the CIA Helped Kill Him
Mikhail Kryzhanovsky tells it like it is.
Russo, Oswald, Ferrie and Shaw
Shane O'Sullivan Interview
John Whitten: How the CIA Helped Kill JFK and Keep Their Guilt Hidden
Judd Apatow tweets his displeasure with theaters delaying opening of THE INTERVIEW (movie about a CIA plan to assassinate North Korea's Kim Jung Un) due to the GOP's terrorist threats.
RED POLKA DOT DRESS: Movie project, the mystery of the assassination of Senator/Presidential Candidate Robert F. Kennedy; screenplay by Frank Burmaster and Gary Revel.
The business of murder related to Santo Trafficante, the Mafia, the CIA, JFK, MLK and RFK
The Girl on the Stairs says Oswald did not pass her after the shooting of JFK
The Mystery of Roger Craig and the JFK Assassination
How the CIA Kept Secrets From the HSCA
Why and How the CIA Helped Assassinate JFK

Deep Throat Surfaces - Watergate and Assassinations
'SOMEONE IS HIDING SOMETHING' by Richard Belzer, David Wayne and George Noory.
Is the disappearance of a commercial airliner with over 200 people on board no more important than a fender bender? This book draws a staggering conclusion that some may want us to believe this airline tragedy isn't even that important.
RSS Feed: Gary Revel MLK Assassination Investigation