Seeing is Believing: the impact clearly shows the bullet did not come from behind but rather from right-front.
January 13, 2014
Temple, Texas USA 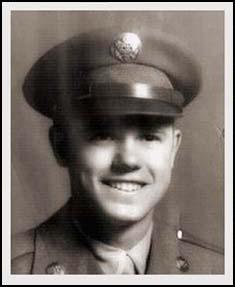 Was the rifle found on the 6th floor of the Texas Depository a Mauser or a Carcano. Still, after all this time, a mystery surrounds Deputy Sherriff Roger Craig and how his testimony of what happened that day would have single handedly derailed the case against Lee Harvey Oswald.

Dallas Traffic Commission named Deputy Sheriff Roger Craig �Officer of the Year� in 1960. Deputy Sheriff Roger Craig was on the scene of the JFK assassination as it happened and was part of the active investigation that followed. He identified Oswald hurriedly getting into a Rambler and leaving Dealy Plaza then identified the rifle found on the 6th floor of the Texas Book Depository as a Mauser rather than a Carcano. He gave testimony to the Warren Commission and later found his tape recorded statements had been changed when they were typed and put into evidence.

Some of the conflicting statements and evidence are that:

1. Craig reported Oswald leaving to the man in command of the investigation who identified himself as being with the "Secret Service" and later identified as Edgar Eugene Bradley.
2. Oswald would later admit he had got into Ruth Paine's Rambler and left the scene.
3. Craig said that Tippit was shot before 1:06 PM. (The Warren Commission concluded Tippit was shot after 1:15 PM to give Oswald time to get to the scene of Tippit's murder.)

Craig was fired in 1967 and as he continued to stand by his story was harrased to the point of being followed/monitored, shot at, having his car bombed and then in a car accident was almost killed but lived with serious disabilities afterward. He supposedly 'Committed Suicide' on May 15, 1975. If he had lived he would have been a valuable witness to those of us who investigated the assassination of JFK in 1977.

The following article was in The Dallas Morning News (17th May, 1975).

Former Deputy Sheriff Roger Dean Craig, 39, was found to shot to death at 3:30 p.m. Thursday in his father's home at 10524 Luna Road. Homicide investigator Robert Garza said a rifle and a note were found near the body. Garza said the wound in Craig's upper right chest apparently was self-inflicted. Craig had been embroiled in controversy surrounding assassination of President Kennedy. A deputy at the time of the assassination, Craig said he saw Lee Harvery Oswald running west down Elm Street from the Texas School Book, Depository about 15 minutes after the assassination. He said Oswald then got into a station wagon that had pulled up alongside of him. He also said he heard the shots fired at the presidential motorcade and that because of their close proximity, the shots had to have been fired from two different rifles. Craig had recently appeared on radio talk shows expressing his views on assassination and his testimony appears in the Waren Report. Patrolmen P.L. Anderson and R. W. Wood said Craig's father, Kristel Craig, discovered the body in a back bedroom in their 1-story frame home at 3:30 p.m. The father had talked to the victim 30 minutes earlier, but left the house to work on a lawn mower in the back yard. Craig said in the note he was sorry for what he has to do, but that he could not stand the pain. Anderson and Wood said Craig's father told them Craig had been taking pain-killing medication for injuries in a car wreck two years ago and for a gunshot wound in the shoulder in Waxahachie six months ago. At that time, Craig reported to Waxahachie police a stranger appeared at the door of a house at which Craig was waiting for a woman friend, and shot him with a shotgun when Craig answered a knock at the door. Craig was under the supervision of Sheriff Bill Decker at the time of the assassination. He left the department shortly after the assassination.

Craig was named Man of the Year by the sheriff's office in 1960 for his work in aid in helping to capture an international jewel chief. Here is the video with Roger Craig being interviewed and making statements that would have cleared Lee Harvey Oswald had there been a trail. It also includes legal analysis by the attorney Mark Lane pointing out in the CIA's investigation the murder weapon of JFK was a Mauser, not a Carcano.

Excerpts from US Government book identifying Gary as the Special Investigator, investigating in association with the House Select Committee on Assassinations

The lies and deceit in this phone conversation between 2 supposedly 'honorable men' are overwhelming. President Lyndon B. Johnson and FBI Director-J. Edgar Hoover conspire to keep the world in the dark as they have an ego pumping session shortly after JFK's killing. CLICK HERE to hear the entire, disturbing, and incredible private conversation. If the link doesn't work you can copy and paste this URL into your Web Browser address box. https://garyrevel.com/jfk/lbjjedgarhooverconspires.html

3 Tramps in Dealy Plaza: What are they to JFK killing
Adam Gorightly Interview by Investigative Journalist Bob Wilson
Abraham Bolden-Book Review-Echo From Dealey Plaza
Anti-Castro Cuban exile, Antonio Veciana met with CIA Handler and Oswald
Badgeman: Do you see him and did he kill JFK?
Beverly Oliver Interview-Eyes Wide Shut
Christopher Dodd and the MLK/JFK Assassinations
Bob Wilson Interview with Mort Sahl
Carlos Marcello's Hideout in Swamp by Gary Revel
Chief Curry, the FBI and Assassination of JFK
Conspired to Kill: Opinion by Gary Revel
Deep Throat Surfaces - Watergate and Assassinations
Was Demohrenschildt CIA and Part of JFK Assassination Team?
Download PDF of the CIA's FAMILY JEWELS - FREE
Gary Revel interview on guilt/innocence of Lee Harvey Oswald
Interview of Joseph Mcbride
Interview of Joan Mellen
Into the Nightmare-Mcbride Book Review
Gayle Nix Interview-JFK Assassination
JFK and RFK: The Plots that Killed Them, The Patsies that Didn�t by James Fetzer
JFK: Antonio Veciana and Lee Harvey Oswald and the CIA
JFK: Antonio Veciana's book, 'Trained to Kill' more evidence of CIA involvement of JFK assassination.
JFK Assassination Bullet Fragment Analysis Proves Second Shooter
JFK Assassination Film
by Orville Nix with interview where he says the shot came
from the fence not the Texas Book Depository.
JFK Assassination Invetigation Continues
JFK: In The Light of Day by Gary Revel
JFK: In The Light of Day Update by Gary Revel
JFK: Robert Kennedy-Rollingstone Article
JFK: The Real Story-Movie Project
JFK: Through the Looking Glass Darkly
JFK: Why and How the CIA Helped Kill Him
Mikhail Kryzhanovsky tells it like it is.
Officer of the Year: Roger Craig, Dallas Policeman and Mystery Witness of JFK Killing
Russo, Oswald, Ferrie and Shaw
Shane O'Sullivan Interview
John Whitten: How the CIA Helped Kill JFK and Keep Their Guilt Hidden
Judd Apatow tweets his displeasure with theaters delaying opening of THE INTERVIEW (movie about a CIA plan to assassinate North Korea's Kim Jung Un) due to the GOP's terrorist threats.
RED POLKA DOT DRESS: Movie project, the mystery of the assassination of Senator/Presidential Candidate Robert F. Kennedy; screenplay by Frank Burmaster and Gary Revel.
The business of murder related to Santo Trafficante, the Mafia, the CIA, JFK, MLK and RFK
The Girl on the Stairs says Oswald did not pass her after the shooting of JFK
The Mystery of Roger Craig and the JFK Assassination
How the CIA Kept Secrets From the HSCA
Why and How the CIA Helped Assassinate JFK